The world of whiskey is rich with a diversity of provenance, techniques, traditions and styles. Some types you’re likely familiar with include Irish whiskey, Canadian whisky, Scotch and Japanese whisky to name a few. And then there’s America’s spirit—Bourbon whiskey.

Let’s get this straight up front: While not all whiskey is bourbon, ALL bourbon IS whiskey.

That said, there’s plenty that makes it unique. Let’s explore the difference between bourbon and whiskey and look at what separates bourbon from its kin.

On the most basic level, whiskey is distilled from a fermented grain mash consisting of differing combinations of wheat, rye, barley and corn. Each distillery uses its own distinct mix of grains, known as a mash bill, to bring out the flavors they desire. They can mix multiple grains or go all in on one. This mash is fermented and distilled to create a clear spirit colloquially known to some as “white dog.”

This newly distilled spirit is then aged in wooden barrels, imparting new flavor, aroma and color from the wood while helping to mellow out some of the harshness from the alcohol.  This is where things get really interesting. The aging process is where you really start to separate out the different styles in the category. All sorts of factors, from type of wood being used and length of time aging to uncontrollable variables like the weather, come together to determine the spirit’s final characteristics.

Most of the whiskey styles you know are categorized based on a set of regulations stating what requirements distillers need to meet. For example, Scotch must be distilled and matured in Scotland for at least 3 years. If you don’t do that (and follow a list of other criteria), you can’t call it a Scotch!

What is BOURBON – AMERICA’S SPIRIT

So what qualifies a whiskey as a bourbon? Despite what many think, it does not have to come from Kentucky. Here are the official rules.

For a whiskey to be classified as bourbon, it must be distilled in the US from a mash bill of at least 51% corn. It must then be aged in new, charred oak barrels. Charring the inside of the barrel causes the oak to undergo chemical changes that, over time, imbue the spirit with a rich, deep color and the complex flavors we associate with bourbon, such as vanilla and caramel.

The length of aging also dramatically affects the character of the end product. Younger bourbon will maintain more of the flavor from the grains, while older bourbons tend to take on more of the wood character from the barrel. And while labels won’t always reveal the age of the spirit inside, bourbon must remain in barrel for at least two years to be labeled as a “straight bourbon.” And if it’s less than four years old, it actually has to say so (in the US).

Nothing may be added to bourbon aside from water used to bring its proof down (though it must stay at 80 proof or above). While other categories of whiskey allow for the addition of caramel coloring, for example, with bourbon, what you see is what you get.

Enough of the Rules – Grab a Glass

While all those rules help ensure the “bourbon” in your glass is a quality spirit that meets certain standards, the only way to truly understand the world of bourbon is to get tasting. Try it neat or on the rocks to really appreciate the rich notes of vanilla, oak and caramel common in the category. Or order a classic cocktail, like an Old Fashioned, made to perfectly complement the spirit’s flavor. Cheers! 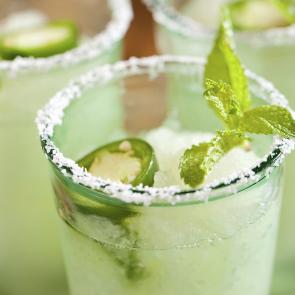 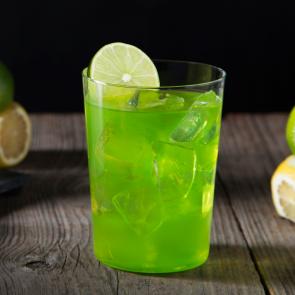